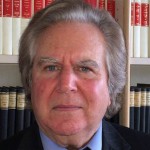 Now that the stress of deciding whether or not to declare itself a category 2 bank (by the end of 2013) in the Department of Justice (DOJ) Program for Swiss Banks with all its important implications, is over, the next round begins. What should be the next steps for non-category 1 & 2 banks?

Approximately 200 Swiss banks need to further evaluate matters, as to whether or not to provide a Letter of Intent to the DOJ of their desired entry into category 3 (or 4 for qualifying „local banks“),  between July 1 and October 31 this year,  in the quest of a Non-Target Letter.

Alternatively, if a bank were to do nothing by October 31, it would be in the so-called category 5 (possibly as a back door to category 1″B“?). These could include „bad“ banks that did not enter category 2, because in doing so they could have been subjected to such high penalties as to have threatened their existence.

They understand that they may receive a „knock-on-the-door“, as a result of information coming to the attention of the DOJ from category 2 banks (so-called „leaver lists“), information from voluntary disclosure programs for individuals or whistle blower situations. However, they believe that their chance of survival may be greater through a category 1 type DOJ investigation.

Have banks such as Migros, or also primarily local banks (believing they are not really „bad“ banks), signed up for category 2 (at the strong suggestion of FINMA) thinking that they could later easily opt out, and enter category 3 or 4?  That could prove to be a very difficult thing to do, as the bar may be set higher, as a result of having been in category 2.

Over and above the work already performed by most banks in the evaluation/decision making process as to whether to enter category 2, for those that chose not to, there is a need for further consideration as to whether or not to still be in the „ballpark“ of the program, by applying for a category 3 or 4 Non-Target Letter.

Supposedly all of the approximately 300 Swiss banks that were not in category 1 (banks already under criminal investigation) went through that process last fall, culminating in their decision as to whether or not to register for category 2, with a Letter of Intent, hopefully leading to a Non Prosecution Agreement.

According to the DOJ, approximately 1/3 of the banks (106) decided for category 2, even though previous estimates had been closer to 200. It is possible that the 106 category 2 banks, could have been less than half that number, if not for the FINMA „push“, and the ensuing confusion as to what qualifies under the definition of „criminal culpability“ on the part of the banks.

In going through the category 2 evaluation process, banks became immersed in the workings of the DOJ program. They have made a „first cut“, KYC type, due diligence to identify US related accounts, and screen them for obviously bad cases. Also, as foreign financial institutions are preparing to register under FATCA by April 25th (with US customer reporting scheduled to begin as of July 1), many key definitions under the August 29th DOJ program have a direct reference to FATCA guidelines.

What to do now?

Banks that are not in category 1 or 2 should seek the professional help of an Independent Examiner in evaluating their situation, in light of a possible entry into category 3 or 4. They should not, however „cast their vote“ too early. They should allow the time needed for an initial, „informal“ review by an Independent Examiner, since as previously mentioned, banks have until October 31st to submit their Letter of Intent to the DOJ (with an additional 120 days to produce the Independent Examiner’s Report). That should allow sufficient time to determine if anything significantly negative turns up which would cause the bank to alter its pursuit of a Non-Target Letter.

Approximately 200 banks, through the benefit of internal and external reviews and investigations, concluded not to enter category 2. In considering the possibility of category 3 or 4, a careful evaluation should be made, and for that process, an Independent Examiner should be carefully selected,  remembering that there are no „pre-approved“ (by the DOJ) Independent Examiners.

An Independent Examiner (attorney or accountant) must be capable of conducting an independent internal investigation, and provide a neutral/objective analysis of the bank’s activities, having no conflict of interest or ethical prohibition. It is important for the Independent Examiner to not have been so involved in performing past work for the bank, that could cause it to have a conflict of interest in carrying out its engagement, and in producing its Report in support of the issuance of a Non-Target Letter.

In addition, the attorney to be chosen as the bank’s advocate to the DOJ also needs to be selected carefully. They should have a good „bedside manner“. A reputation as an aggressive, battling, tough litigator can be disadvantageous. History shows that it doesn’t pay to engage in an expensive, fruitless boxing match with the DOJ.

To „3“ or not to „3“, and „categorically“ obtain the right answer, it is suggested that a careful evaluation needs to be made as outlined above.

Yes, says Paul Ritacco, a longtime consultant of the Grand Old Party in D.C. and owner of CFS Compliance. Donald Trump has served his purpose, a […]