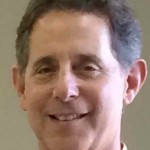 The virtual artillery barrage the US Justice Department launched recently on the heart of Switzerland’s banking center – Zurich’s venerable Paradeplatz – shattered a peace agreement for which the Union Bank of Switzerland had paid dearly.

Underscoring the words in this blog that Washington “won’t stop,” the U.S. Attorney’s office in Brooklyn is now investigating the results of an FBI probe into whether UBS employees helped clients illegally evade taxes and carried out fraud through a scam with “bearer securities.” Additionally, US authorities are investigating whether UBS employees engaged in an illegal effort to cover us the alleged crimes.

UBS paid a $780 million fine in 2009 to settle charges that it helped Americans avoid billions in taxes by allegedly hiding money in anonymous Swiss bank accounts. The cost of employing teams of attorneys, lobbyists and consultants must have added several million dollars.

And it was as if the settlement built on all those Francs lay smoldering in the Paradeplatz, as the Swiss banking authorities looked on helplessly, wondering what went wrong and what weapons they could employ to stop Washington’s new law enforcement blitzkrieg.

It has become clear that the Obama Administration is employing a campaigning approach that relies on an overall strategy – tied to short, medium and long-term goals – as well as a determination not to stop until they are successful. Swiss banks will continue to be frustrated until they arm themselves with the same types of campaigning “weapons” as the Obama Administration.

The recipe for success in today’s digital-driven world is the same for Swiss banks attempting to influence issues in Washington as it is for any organization facing any kind of challenge anywhere in the world. Gone are the days of high-priced lobbyists stalking the halls of powers with promises of gifts for politicians willing to support their client’s cause. And a few well-placed quotes in the Washington Post or an opinion piece in the New York Times are not enough to get the job done.

What is required is a toolbox containing integrated online and offline strategies tailored to grow a community of supporters that can move those who influence an issue. Smart campaigning firms, for example, know how to identify and to track social media influencers, bundle traditional media with Twitter and to curate targeted, “snackable” content for Facebook. These types of strategies are not new, but they are now starting to seep into old-line institutions like banks that are rarely early adopters to new developments like digital.

It might be useful for bankers, or anyone who wants to shape an issue anywhere, to join campaigners, strategists and digital experts at a summit in Zurich March 12-13, where they can listen to speeches, discuss their issues and participate in workshops.

Details of the summit, see http://www.campaigningsummitswitzerland.com/de/programm