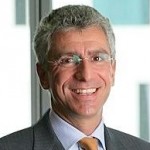 Michael Baer is founder and Chairman of Baer Capital Partners, a Dubai based investment manager. Michael was most recently Head of Private Banking at Julius Baer, the largest Swiss private bank founded by his great-grandfather.

The Swiss banks are having an awful time right now. Shrinking margins, increased regulation, scandals, losses, disappearing client data, poor client performance and a loss of trust from the public, just to name a few of their ailments. These external challenges are pushing the Swiss banks to the very brink of their existence.

The internal challenges however are rather easy to grasp: salary expenses are way out of line and the only answer the banks have to this is to fire a large part of their workforce. Unfortunately, the approach chosen for this dramatic step is very lopsided. Banks are reducing the headcount without reducing salaries, bonuses or perks of their highest paid managers.

While the share prices of most banks have plummeted by 80% or more, senior executives have seen their salaries and bonuses stay the same or even rise. While the vast majority of staff are being forced to cut back or look for new jobs, the senior echelons are being given guarantees, higher salaries and nice perks. The banks have gotten it so wrong.

Let’s go back a few years and look at why the Swiss banks were able to get it so wrong. It is not that long ago when there was no bonus payment for the top brass. It simply did not exist. Just 20 years ago, Switzerland did not really know what a bonus was, how a 3 year guarantee worked or how staff participation via options or shares was calculated. The US and the UK had started to offer juicy packages to their investment bankers but in the financial backwaters of Switzerland, these topics were not even discussed.

It was around that time when the larger Swiss banks decided that they would have to expand into investment banking, increase their reach into insurance and derivatives and start to offer global services in all the worlds markets. The best people needed to be hired, balance sheets were increased massively and mergers unlocked synergies for these large banks.

The only way to attract and retain these international superstars was to offer them a way to participate in their success. This was initially in non-Swiss destinations, mainly in New York and London. The general view in Switzerland in those days was that if you wanted to make real money, you had to move abroad. If you wanted job safety, you could stay at home. This was true mostly for the young bunch of professional traders and investment bankers. Private bankers and managers were paid a good salary, wherever they went. Not spectacular, but definitely good when compared with any other industry.

The banks‘ strategy of going global backfired brutally. While the first years were great and fat rewards for top management and the Board of Directors ware warranted, it made the banks vulnerable to the cycles of the financial markets. The public and the small shareholders were told that it was necessary to compete globally and the people behind this push need to get paid royally. Share prices would rise and the senior staff wants to participate in the success. In addition, the Board of Directors was paid a lot because it took responsibility for the brilliant strategy.

This was true as long as the music was playing and the party was in full swing. Pay packages, perks and options reached stratospheric levels as managers filled their pockets. Nobody really cared to find out how the banks made the money, how much risk they were taking and who might be responsible if the strategy failed. As long as senior management got paid more every year, the world was good; yes, it was the golden era for the few chosen ones. Pay was linked to success and the success was measured in the share price of the bank and those prices were just going up and up every year.

The banks were doing really well until the financial crisis of 2008. The risks which were taken backfired, leaving many banks at the edge of financial collapse and some were even pushed over the edge. The grand strategies were nothing else than bad risk taking, poor decision making and lousy implementation. It is not necessary to analyze what happened as enough has been written about it. What needs to be looked at now are the compensation packages of senior management and the Board.

Aligning the interests of the shareholder with that of management was great as long as money was plentiful. It was assumed that when the companies were not doing so well, that surely, compensation for management would be reduced as well. It would seem only natural that the Board, representing the interests of the shareholders, would make sure that management is not rewarded for poor performance. In addition, the Board would also revisit its own compensation, especially when it was clear that Board had failed in supervising the business. After all, they were being paid for representing the shareholders. Would it make logical sense to hold senior management accountable for a drop of 80% in the share price? Would it be logical to dismiss the Board after a failed strategy and poor implementation, in some cases knowingly breaking the law? Would it make sense to rebase salaries and bonuses to reflect a new economic reality?

Normally you would have to answer with a strong yes to all of the above questions. Unfortunately, it just did not happen. Management now is blaming regulators, equity markets and their central banks for the poor performance. Rather than reinventing themselves and offering superb service to clients, the only tool which the banks are using is to fire staff. Reducing overhead is seen as a medicine to solve the problems and hope for better times.

How do you reduce overheads? The banks have chosen the most bizarre form. You simply reduce head count, starting with the lowest paid staff. A headline from a bank promising massive layoffs has become normal reading today. Unfortunately, reducing the pay packages of the senior staff has never even been discussed. If you would simply take the salaries of the highest paid executives of the bank and half their salaries, you would save a fortune. If you then take the next level of top earners and reduce their take home pay by 30%, you could again save another fortune.

If the Board would have the guts to actually implement a drastic pay cut for the senior staff, basically in line with their performance and the performance of the underlying share price, you would not have to announce massive layoffs. You would very quickly bring the costs of the banks back in line to where it becomes a profitable institution again.

Simply put, while management profited from a rare boom in the financial world and took home millions, they must now reduce their salaries and bonuses to reflect the new economic reality. The Board of the banks has failed to implement such a change, mostly to protect their own interests. The brunt of this failed policy is being carried on the shoulders of the normal employee who is being fired.

Solving the banks bloated overhead is easy. Cut pay for top management, make the Board responsible as it should be and use the saved money to retain staff rather than letting them go!

Michael Baer is founder and Chairman of Baer Capital Partners, a Dubai based investment manager. Michael was most recently Head of Private Banking at Julius Baer, the largest Swiss private bank founded by his great-grandfather.