Over the last few months, I have increasingly wondered about two things: Firstly, the ECB’s commitment to purchase the equivalent of 80 billion euros monthly of government and commercial (I suppose bank) debt, apparently again „for as long as it takes“. And, secondly, the total non-concern displayed by the political and financial world in the face of the inexorably growing indebtedness of just about everybody. I know, and so probably do you, that these debts – particularly those of many countries – will never be paid back in what in normal times, and normal commercial relations, is considered „paying back debts“, i.e. returning the original amount in equivalent money.

Of course, I realize that paying back debts at original value already became unfashionable during the Seventies, when the last tie of all major currencies to gold was severed and when the respective central banks started to aim for a controlled annual inflation of two percent. And when – to add spice to the situation – commercial banks realised that the habit of basing credit on savings was really stone age thinking, and began to produce unlimited amounts of credit money, thus exercising the privilege of seignorage previously reserved for central banks.

So, if these debts were to be paid back at all, it would be at much less than the original real value; that is guaranteed. That alone will allow politicians to view the debt problem with a lot of equanimity – as they apparently seem to. And they are right, even more so than they know. There are really no reasons why they should not only not worry about repaying debt the modern way (i.e. in invisibly devalued form). They will not need to pay them back at all, forever; and they can continue to spend more than they earn, forever. (Forever may be an exaggeration but for many, many years.)

Let me explain. A few months ago I happend to read – as an aside in the context of an interview with William White (39 years at BoE, Bank of Canada, BIZ) – what amounted to an eye opener. Asked the question „ If one valued the foreign curreny reserves of the Swiss National Bank at market, its equity would be eradicated; is that a problem?“ Answer: „No (…) the rules for a central bank are different from those for a commercial bank. It can function without equity.“ (1) Virtually the same view was expressed very recently by Larry Eichengreen. „A central bank can function with negative equity (…) many central banks have done so already in the past. And equity can be built based on the privilege of seignorage (the right to create money) and the implicit interest return on the newly created money.“ (2)

My conclusion: A central bank (like e.g. the ECB) can buy up any amount of public or commercial debt … and throw those pieces of paper (or electronic pulses if you prefer) into the wastepaper basket. Or use them to light the chimney piece in one of their meeting rooms; and just forgive the corresponding debt and interest due. True, this calls for an eventual recapitalization which , of course, can also be financed by debt, or maybe just by pressing a particular button. But those lucky governments suddenly find themselves back within the originally agreed sixty percent of GDP limit; and if the ECB feels particularly forthcoming, maybe only at thirty or forty percent: the game of ever increasing indebtedness can be resumed, for many years. And nobody, no financial institution, suffers in any way. A miracle.

A less burdensome and politically promising way is that the ECB stashes away those debts and lets the respective government(s) confidentially know that the debt is – in reality but not strictly legally – forgiven and free of interest; provided the particular government „is a good boy“ (like voting for or against whatever within the EU political system). The ECB’s balance sheet remains virginal, and its political clout is fabulous: Any governmental misbehaviour can be punished by bankruptcy and/or involuntary exit from the Eurosystem. Finance and prime ministers will beg the ECB on their knees not to be punished thus cruelly, and promise to behave better, with more understanding for the overreaching importance and significance of the EU ideals und policies. 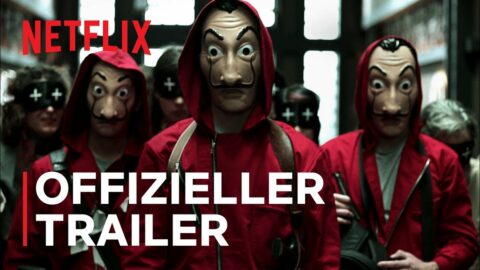