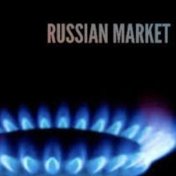 I was born in the Soviet Union and was six years old when the Chernobyl tragedy struck: in the early hours of April 26 in 1986 a sudden surge of power in the Chernobyl reactor led to its explosion.

Four days later, my family together with the whole Soviet Union rallied to celebrate the International Workers‘ Day. We were still in blissful ignorance at the time. Children were handed flags and balloons, an order by Komsomol, and told to shout at the top of their lungs to every slogan.

„Statewide Electrification not in five but in three years!“ – Hooray!

Little did we know that the air above us was filled with deadly radioactive particles galore.

35 years later, this very image springs to my mind as I am contemplating the stock market’s rally: the stocks are celebrating the post-Covid bright future and the Fed prints the unlimited cash in a form of a sudden surge of power liquidity, and where the wallstreetbets retail-traders proclaim, that Bitcoin and stocks only go up, and instead of a „Statewide Electrification“ slogan we hear „Tesla cars for everyone not in five but in three years“.

„Hooray, comrades! Stocks only go up! Bitcoin to the Moon! Hooray!“

Everyone is talking about Bitcoin and NFTs (Non-fungible tokens) these days. Have you made your own NFT lately?

By all appearances, Bitcoin is undoubtedly the future asset. Progressively, more and more financial institutions are showing interest in Bitcoin as the ultimate hedge against inflation.

Promptly after Elon’s Tesla or Microstrategy, such giants as Mastercard, PayPal, Goldman Sachs, and Morgan Stanley are expressing enthusiasm for Bitcoin. However, in my humble view, Bitcoin urgently needs a long awaited correction for a further cycled advance.

The BTC/USD exchange rate is struggling to stay above $61’000 after a frighteningly spectacular bull run this year. In my opinion, the great exodus rotation from „stay-at-home“ stocks (tech, vaccine, zoomer stocks) into value growth stocks has only just started.

This time the technology stocks together with the crypto assets will be under significant pressure from the strengthening US dollar.

But not only tech stocks, the whole emerging market sector will be put under rates pressure. Take a look at Turkey’s selling gold-backed bonds or Russia’s curbing its out-of-control inflation.

I sincerely doubt whether the Fed would ever step in to save the emerging markets or even Bitcoin from a lurking Chernobyl-like crash. Keep in mind that Bitcoin boasts itself as a decentralized non-fiat asset.

The Federal Reserve has enough problems as it is these days. After jawboning the markets last week, Powell chose not to dampen the inflation fires.

Let’s check the continuous bloodbath in the investment grade bonds market heralding the worst year for bonds so far. But nobody is mentioning it.

To use the words of the Wallstreetbets participants: Only losers take profits as Nasdaq and Tesla are surging.

According to statistical data, the markets are set to plunge after a 50%-rally. So the earnings of those rallying stocks would better be good as they are running on the sensational multiples reflected in their prices.

These markets need more macrotransition time to consolidate the Covid-shock as the Fed liquidity wave gets more and more subsided. The stock and crypto markets are still experiencing an adrenaline rush from the cocktail of macroeconomic policies, both fiscal and monetary.

Suffice it to say, that the adjustment in the stock and crypto markets is not only highly anticipated, but would also have a healthy impact on a clearer perspective on future price growth. These markets require confidence.

Four steps up, two steps down.

A complex phenomenon occured to the Turkish Lira last Thursday. The Central Bank of Turkey tightened more than expected and lifted the spirits of the currency-buyers. It seemed like a good move at the time.

However, the next day, the governor of the Central Bank was ousted, and despite there not being a paradigm shift in the Central Bank’s policies, the Turkish Lira slightly fell by over 10%.

This crash was triggered by what was called a market confidence shock. I detect the same market confidence misgivings in Jerome Powell’s speeches, where he tries to guarantee that the rates would not go up in the foreseeable future.

Alas, we all know they will.

It seems that Powell has lost the confidence of the market. The Fed is boosting the U.S. growth potential to 6,5% and the inflation projection to 2.4%, but takes no action to modify its policy.

This is very bizarre indeed. While the fixed income market is in a distress call, the stock and crypto markets are still rallying with the pedal to the metal and celebrating the bright post-Covid future according to the Gosplan memo stating that stocks only go up. Hooray!

I publicly endorse Bitcoin. Moreover, I think Bitcoin will exhibit considerable growth in the future. But in order for this to happen, Bitcoin will have to crash.

„Oh, these gloomy Russians“, you must be thinking now. Bitcoin is dealing with the tragic aspects of centralized financial systems.

The decentralized Bitcoin and other cryptocurrencies are going through an adoption period and therefore it is in their nature to represent a great variety of risks and endurance.

But Bitcoin will prevail. As Mikhail Bulgakov once said „manuscripts don’t burn“. Bitcoin was launched more like a manuscript protocol rather than an investment.

By most metrics, the definition of an investment doesn’t apply to Bitcoin. Be that as it may, Bank of America still names it the single best investment of the last decade.

Bitcoin is a non-cash flow producing asset that is only worth what you think someone else is going to pay you in the expected future.

This counts also for gold, objets d’art, or even real estate property with a view of Lake Zurich. These are all high-end scarce goods where prices fully depend on their scarcity and desirability. They all have monetary premiums due to their scarcity.

A careful analysis of obtained data shows that Bitcoin is currently growing as a result of the Fed’s printing and not only because of speculations about its worth at the end of its adoption curve. This market rally is silly in the short term.

„Big Short“ investor Michael Burry outlines that Bitcoin is offering more risk than opportunity. The fall will be dramatic and painful. Bitcoin is a massivable bubble and the downfall will be spectacular.

It’s a pyramid scheme where you only make money based on people who enter after you. So people have to keep buying into it in order for it to do well. But investing in crypto as an asset class stays speculative.

Bitcoin is not for the faint of heart. It’s just one big Ponzi scheme, Portnoy said. It is very hard to find Bitcoin’s value or claim that Bitcoin is inherently trading at fair value.

In the meantime, the major cryptocurrency exchange Binance is being probed by the CFTC over concerns that it had allowed to place bets on Bitcoin: the platform is now allowing trade with Bitcoin, Dogecoin or Ethereum with up to 125x leverage.

Yes, you read correctly. Up to 125x leverage on an already highly volatile Bitcoin or insanely volatile Dogecoin. What can go wrong, after all?

Warren Buffett once famously said: You never know who’s swimming naked until the tide goes out. 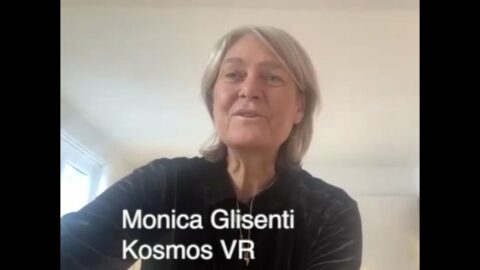