Boris Collardi’s career plans have been revealed. At 43 years, the head of the Zurich based Julius Baer is set to become a new partner at Geneva’s Pictet. He will be responsible for their global private banking enterprise.

Julius Baer appears to be struggling with the devastation. The bank has no clear strong internal successor, its new computer platform is unproven and still only patchwork. Additionally, a large compliance setup remains unfinished and unresolved.

Collardi no longer cares. His timing is fortunate. He has the advantage: The Julius Baer share value has increased by a quarter since January of this year. As of Friday, the price was over 60 CHF, which is impressive.

Over the longer term, the assessment of Collardi’s time as CEO will probably look less stellar. The outgoing boss is clever to move ahead of this with his departure.

His window dressing is high class. Collardi has successfully portrayed Julius Baer as a magnet for new money. Its assets under management have increased to 400 billion.

Behind the shiny façade is an abyss. Collardi leaves behind a bank full of promise, where little has been completed.

After nine years at the helm under Collardi, customers and assets have doubled, and within growth markets, there has been even higher growth.

On the other hand there is no one who could take over. Bernhard Hodler, a 58-year-old who has been with the bank for 20 years, is not more than a temporal solution.

Hodler is unknown to outsiders, a no-name. “Bernhard who?”, wonder observers. No one outside the bank knows him or has taken any notice of him.

This is a situation precisely of Collardi’s making. This man, who as a youngster shot up from being Credit Suisse’s IT supporter in Singapore to become the CEO of one of Switzerland’s largest private banks, does not like rivals.

It is always “Me, myself and I”. And now another surprise hit, the potential profit associated with a future as a Pictet partner, and a corresponding uncertain future for Julius Baer.

This dynamic became clearer a year ago: the potential of Boris continuing to chase his private fortune and cause potential problems for the bank. At that time, Collardi stabbed the only serious contender for his role firmly in the back.

Barend Fruithof had at that time recently joined Julius Baer from Credit Suisse. According to one long time manager at Baer, Fruithof was the candidate intended to eventually replace Collardi.

That was the plan of Daniel Sauter, Chairman of the Board of Directors of Julius Baer Group. He installed Fruithof as the Switzerland boss with the intent of playing „backup“’, should Collardi depart.

This was so apparent at the time that the media started to speculate about Collardi moving to Geneva’s other major private bank, Lombard Odier.

Collardi had also considered the presidential role at the Swiss Bankers‘ Association. Both roles did not work out.

It was clear however that Collardi’s exit from Julius Baer was looming, just as there was a important job for Chairman Sauter to find a potential, strong replacement.

The Fruithof attempt went wrong. The new guy wanted too much and turned seasoned Julius Baer relationship managers against him.

That was all over by July of last year. Collardi fired Fruithof, and Chairman Sauter remained empty handed.

Collardi was ecstatic. Everything was still going his way. Now he could decide in his own time, when and where he would leave.

Internally Collardi got strength on the back of the sacking of Fruithof, gathering his yes men closer to him. The golden location of Switzerland was bequeathed to Gian Rossi, a trusted companion of Collardi who has never stood against him.

There was one internal credible candidate. Yves Robert-Charrue who has been recognised for his ability and achievements within the bank and in some eyes has been seen a potential leader for the bank, at some point.

However, the Board, directed by Chairman Sauter, decided differently. Instead of passing leadership to Robert-Charrue who embodies a new generation of management, the board decided to rely on Bernhard Hodler, an established 2 decade Julius Baer yes-man.

Hodler has been responsible for the risk area for a long time and has been working on areas where Julius Baer is exposed to risk including its relationships to FIFA, Petrobas, Swiss personalities with shaky pasts – you name it. Wherever you look, Baer is in trouble.

The new Baer CEO Hodler also supported loans, there were verbal deals made with CEO Collardi as beneficiary.

Collardi has been able to snatch up two investment properties in Zurich by securing double-digit million loans from his own bank.

Hodler approved the loans, no one else in the Baer hierarchy opposed. That was the general pattern: No one opposed Collardi, it was understood that everyone had to serve the big boss.

This trend did not change when scandals from his private life started to amass. Collardi had a number of affairs with employees of the bank. Finally, his wife, with which he had recently adopted a girl, decided to divorce.

Collardi’s mood was not altered by these scandals. He continued to drive his Ferrari through the hills of Schindellegi, where he has his tax-efficient home.

He can afford both his expensive divorce and to continue his luxury lifestyle. From 2009 until today, Julius Baer shareholders paid over CHF 50 million to their CEO.

In return, owners received growing financial reward in terms of share value. Now it will be seen if the next chapter will work out for them, or some form of explosion will occur.

Julius Baer advisors could take their revenge removing significant client assets. An obvious destination for such managers could be Geneva’s Pictet.

Boris Collardi as a reputation for protecting his senior relationship managers. For example, one manager with well known but difficult Swiss clients went crying to the CEO for a higher bonus. And: Boris helped out.

And so, this was the Julius Baer legacy under Boris Francesco Jean Collardi. He alone determined the direction, and he alone could make the difference for every employee. Everyone and everything hinged on the young CEO, or your relationship to him.

Now he is gone, with his Ferrari, onto Geneva. 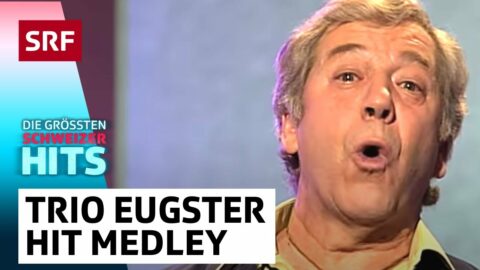